CORONAVIRUS AND MAXIMIZING DIGITAL INVESTMENT OPPORTUNITIES AMIDST THE CHAOS

Register for FREE!
← WHY FACEBOOK ADS SHOULD BE PART OF YOUR MARKETING STRATEGY HOW TO GROW YOUR SOCIAL MEDIA AUDIENCE ORGANICALLY? →

Research suggests that business organizations that cut their advertising/marketing spending on ads during a recession typically see a significant decline in sales and income in the double figures. This means that during these trying economic times, operating without allocating advertising spend, for your company, will increase the pressure in cutting prices in the long run.

During the “2008 Recession,” the world saw a major global economic downturn that ruthlessly destroyed the world financial markets, as well as several industries including real estate and banking. The catastrophe led to increased global foreclosures of home mortgages worldwide and caused negative effects to millions of people by losing their jobs, which led to losing their savings, and eventually their homes. The period of economic decline brought by the aforementioned recession is considered to be the longest since the Great Depression in the 1930s. 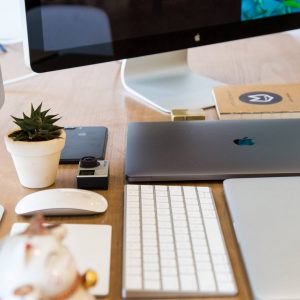 12 years, hence, we are on the brink of repeating the same unfavorable fate, as the world is facing another villain in the infinitesimal form of COVID-19, which has become a pandemic that is currently creating havoc in the global economy. This time around, although they have plenty of cash companies are unprepared with this unrivaled pandemic. In Australia, with more than 6,600 cases of COVID-19 as of writing this article, and the unprecedented financial stress of large sectors of the Australian economy in response to the Coronavirus outbreak caused by government-ordered shutdown has sent the country running smack towards its first recession in nearly 30 years.

Consequently, with the apparent fact that none of the world’s regions are set to escape unscathed, the impact on both individuals and communities across the board will create both short-term and long-term consequences. The impact of this crisis will create a domino effect on the economy. As the majority of economic activities might grind to a halt, people are compelled to stay in their homes, and ordinary life is generally disrupted. Amidst all this chaos happening across the globe, there is seemingly one great opportunity that businesses and organizations can take advantage of; investing in digital marketing and advertising.

Invest in Maintaining Your Digital Marketing

When a crisis happens, most business operations are disrupted. To obviate further damage to the business, one usual mitigating business measure is to cut off advertising expenditures. In fact, outlays on advertising expenses fell by 13% during the 2008 Great Recession. However, research suggests that business organizations that cut their spending on ads during a recession typically see a significant decline in sales and income in the double figures in the future.

This just means that during these trying economic times, operating without a digital marketing strategy will increase the pressure to cut prices later on. It is good to note that the study of McKinsey suggested that “high-tech companies that made common and obvious moves (such as cutting costs) as well as counterintuitive ones, like increasing sales and marketing expenditures, quickly improved their positions when the economic recovery began.”

A 2019 article from Forbes also cited several businesses that invested in advertising during the times of economic downturn, not only to increased their overall income but gained significant market share when the economy recovered. One example that Forbes cited was from Amazon: “Amazon sales grew by 28% in 2009 during the “Great Recession.” The tech company continued to innovate with new products during the slumping economy, most notably with new Kindle products which helped to grow market share. In a first, on Christmas Day 2009, Amazon customers bought more e-books than printed books. As a result, in the minds of consumers, Amazon became an innovative company by introducing a lower–cost alternative to cash-strapped consumers.”

Global Social Media usage rates have grown by about 50% since 2014 and a very significant spike is expected as people are quarantined or self-isolate in their homes due to COVID-19 self-isolation regulations. In these situations, the best-performing companies are currently boosting their advertising and marketing costs relative to their competition in the business. Therefore, the team at Accentuate Web Design & Marketing recommends that it’s high time to maximize your brand’s digital marketing efforts to maximize your marketing reach and brand presence as well.

This article aims to shed light upon people about the importance of investing, maintaining, and even accelerating Digital Marketing efforts during this COVID-19 pandemic to improve results during an economic downturn. All things considered, none of us have encountered a pandemic that is causing the level of disruption to daily life that COVID-19 has. Be sure to book in a Free Consultation with us today to plan how your business to best weather this storm and come out on top of your industry’s competition.

← WHY FACEBOOK ADS SHOULD BE PART OF YOUR MARKETING STRATEGY HOW TO GROW YOUR SOCIAL MEDIA AUDIENCE ORGANICALLY? → 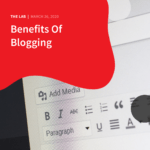 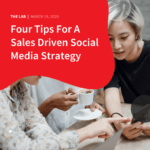 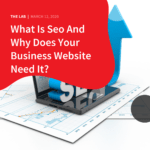 What Is Seo And Why Does Your Business Website Need It? 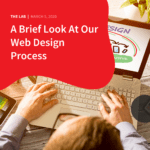 A Brief Look At Our Web Design Process 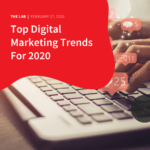 GET A QUOTE ON

Just fill in the below details to get your free all inclusive quote.

Get real results for your business using digital marketing.

Our Digital Strategy Consultants can help you achieve your business goals online. Please submit your details and on the following page you will be able to book a time.

Get real results for your business using digital marketing.